Every place on earth has its stories. Since I spend too much of my life ruminating about politics, Washington, D.C. — even in the close and clustered heat of August — speaks to me loudly. A little too loudly.

1) The Supremes. You can’t pass by the U.S. Supreme Court and ignore it, even if you want to. It looms majestically, demanding your attention. This is the court that decided Marbury v. Madison, Brown v. Board of Education, Loving v. Virginia, Roe v. Wade, changing the course of our history. 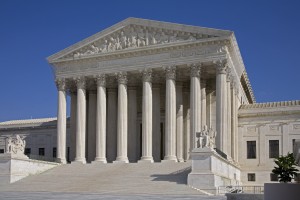 More recently, it ruled in the Hobby Lobby case that a corporation didn’t have to support contraception for its employees. (Contraception! Will you please remind me which century we’re living in?)

This has produced my current dilemma: How do I boycott Hobby Lobby when I never went there in the first place?

2) The Do-Almost Nothing Congress. And here’s the Capitol — gleaming and pristine. Congress has already adjourned for its lengthy summer break after doing precisely nothing for months. 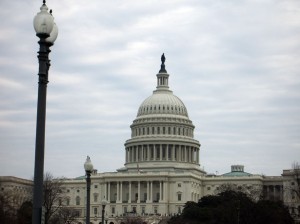 I start to think about Alice Roosevelt Longworth, Teddy Roosevelt’s daughter, wit, and lifetime curmudgeon. When told the notoriously silent Calvin Coolidge had died, she asked, “How could they tell?”

Oh, right! But how can we tell?

3) Survivance, If You Say So. Then, there’s the National Museum of the American Indian, an imposing collection of artifacts, maps, photographs, sounds, and stories of the native peoples in North and South America.

Here, I learn about the term “survivance” — a new word to me. According to Wikipedia, Anishinaabe cultural theorist Gerald Vizenor first applied the term to Native American studies. Survivance, he wrote, “is an active sense of presence, the continuance of native stories, not a mere reaction, or a survivable name. Native survivance stories are renunciations of dominance, tragedy and victimry.” It’s an interesting term for a people whose numbers have plummeted and whose way of life has been destroyed.

I wander around the exhibits, which strike me as well-meaning, but scattered. How do you tell the stories of so many lost civilizations, so many millions of unknown people who lived for millennia from the farthest reaches of South America to the North American tundra? I know, I know — that’s always the dilemma of a museum or any kind of monument. Do you go ahead and build it with its inevitable shortcomings or do you not try at all?

For me, it’s more personal. “I’m part Indian,” I told the man who searched my purse as I came in. He looked deeply bored; I couldn’t tell whether it was the contents of my purse or my confession. “Go on in,” he said. 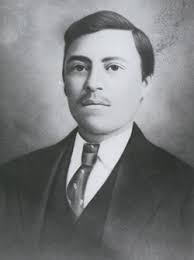 My great-grandfather, Benjamin Crooks Burney, who was born on the Trail of Tears.

Maybe my frustration with the museum has to do with my inability to find anything connected to my own tribe, the Chickasaws. The Chickasaws were one of the Five Civilized Tribes. who were driven from the Southeastern United States to Oklahoma Territory in the mid-19th century. More than half of them died along the way, so many that the journey was called the Trail of Tears.

The tribes were called “civilized” since they mimicked the dominant Anglo culture’s dress and agrarian habits. Some of them also owned slaves. To me, there’s such a poignance to their desire to blend in and join the dominant culture — and a sense of horror they were also slave owners (so much for pure victimhood).

But whose heritage isn’t mixed and who doesn’t carry blood on their hands? I am in our nation’s capital, where millions of dollars have been spent on a museum to honor the country’s native peoples. But you never see the word “genocide” in that museum — even though you can certainly infer it — and it’s located in a city whose premier professional sports team is called the Redskins.

Survivance, you have to think, isn’t any prettier than it is pure. I am 25% American Indian and 100% confused.

4) Why Are We Here? Don’t complain to me about the tourists in D.C., since I’m one of them. Like a few other places I’ve visited, I find myself fascinated by the crowds themselves –their many languages and cultures, their varied dress, their rainbow of skin shades.

What have they come here looking for? Are they looking for the brilliant promise of this country’s experiment in democracy, wondering how it has come to such a bitter impasse at the nearby Capitol? Or, do they reject the idea of even the noble beginnings of this nation, since it condoned slavery and genocide early on? Are they profoundly disappointed by what we’ve come to?

Disappointed? Come to think of it, anybody over the age of 12 with a working brain has been repeatedly disappointed by something. I think I’d better get a grip and stop whining. Move on!

5. Faces of American History. I could take up residence in the National Portrait Gallery and stay there forever. Here are the faces and personalities that formed the new world — making the past as personal as a good biography or family tree.

Beside the portraits are descriptions of the persons, their lives, why they were significant. This is how history comes alive to me — in the vivid details of individual lives. Who knew that Samuel Morse was an artist, with no training in science, when he became obsessed with the idea of sending messages over a wire? Or what about Whitman, who despised flattering portraits as he aged, insisting on seeing himself as he really was? Or that Richard Nixon could look almost warm and convivial when painted by Norman Rockwell? And who knew that Raymond Chandler was the product of an English boarding school?

I am standing in the presidential room, looking dutifully at Herbert Hoover’s portrait. A woman, man, and teenage girl step up behind me.

The kid says nothing, staring at the portrait. I just hope to God she isn’t being home-schooled.

6) So Maybe Surrender is Good for the Soul. And here’s another personal story from the National Portrait Gallery: After Lee surrendered to Grant at Appomattox, another Confederate general fighting farther South, Joe Johnston, surrendered to his Yankee counterpart, William Tecumseh Sherman. (Yes, that Sherman, whose march to the sea was the stuff of generations of Southern nightmares and enduring bitterness.)

Grant had been generous during Lee’s surrender, allowing the Confederate soldiers to keep their sidearms and horses. Sherman’s terms to Johnston were even more generous — so much so that Washington, D.C. ultimately rejected them. (All of which makes me wonder: Here were two relentless, implacable  warriors — Grant and Sherman — who were uncommonly magnanimous to the defeated army they had been fighting for years. Do the greatest warriors make the greatest peacemakers, too?)

But I digress. As I have pointed out on more than one occasion, I spend my life digressing.

The point of the story is that Johnston and Sherman got on well at the surrender. As the years passed, they became good friends. When Sherman died in 1891, Johnston was a pallbearer at his funeral.

I find this story deeply touching. Maybe because it’s about a close male friendship, which strikes me as a far rarer bird than a close female friendship.

Or maybe it’s because if Sherman and Johnston could overcome their violent, blood-strewn past and become friends, maybe there’s hope for us all in this jumbled, divided land of the Trail of Tears and the Washington Redskins, Herbert Hoover and J. Edgar Hoover and the vacuum cleaner, and Roe v. Wade and Hobby Lobby. Anyway, as a great writer once wrote, it’s pretty to think so, isn’t it?

Read about A Women’s Movie That’s All About Men