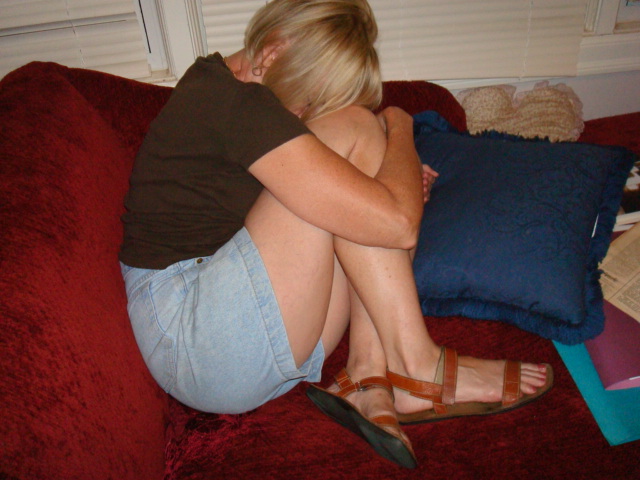 Rejected by a famous documentary film director, this local woman refuses to come out of fetal position.

Ruth Pennebaker, a local writer who felt she might actually make the big time in an appearance in an Errol Morris documentary scheduled to air nationwide this Friday, has refused to come out of fetal position since learning her footage ended up on the cutting-room floor.  Ms. Pennebaker is in a “sad, kind of pathetic state,” according to her husband, who asked not to be identified by name, since he values his own reputation too much.

It all began several weeks ago when Ms. Pennebaker was approached by the producer of the documentary that will air as part of Friday’s Stand Up to Cancer special on all three networks.
“I’ve gotta be honest,” her husband said.  “She got a little manicky about the whole thing.  You know, unhinged.  She kept talking about how she was going to be a big star, finally.
“After she got back from Hollywood, she was all Errol-this and Errol-that.  It got pretty old.  Especially her wearing sunglasses 24 hours a day.  She kept bumping into the furniture and bruising herself.  I kept trying to calm her down and hide her sunglasses.  But she told me I was just jealous of her because she was about to become a real Hollywood bigshot.”
Ms. Pennebaker’s descent into fetal position occurred precipitously yesterday, when she learned she would only be a part of the eight-minute video that airs on iTunes and not on the shorter, considerably more select three-minute video that will air nationwide.  “She kept saying she thought she and Errol (Morris) had really connected and had something special together,” the woman’s husband said, shaking his head sadly.  “I guess she was wrong.”
Since then, the woman has only made occasional “moaning” and “whining” sounds, according to her husband, although she did dart out of her fixed state to eat a hearty dinner tonight, before retreating back into fetal position once more.  “For somebody whose heart is supposed to be broken, she sure eats a lot,” her husband commented.
Until her recent obsession with Hollywood, his wife was “fairly normal, but a little neurotic and self-pitying, like most writers,” the man said.  If his wife fails to emerge back into the world again, he said, he plans to “water her like I would any other household plant.”
(Copyright 2008 by Ruth Pennebaker)
18 comments… add one
Stages of National TV Heartbreak
The Power of Abstinence