Blogger’s note: I’ve never had a guest post on my blog before — probably because it’s such a personal site and I’m such an attention whore.

But I thought the following essay was so damned good that I begged to post it.  It’s written by a wonderful friend of mine, Helen Anders, who’s an excellent observer and writer.  She’s also sick and tired of Baby Boomers getting blamed for everything.  Here’s Helen: 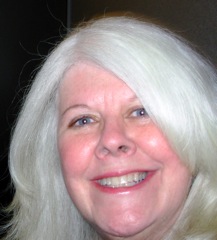 We are baby boomers, and we are hitting 2011 with a big splash. My husband is on the leading edge of the boomer wave, turning 65 in February. I’ll hit that magical age in 2017. Like our parents, neither of us was born into wealth. Now, we’re getting old, just as they did. It’s our turn to collect Social Security and Medicare benefits, just as they did. For that, we are loathed. They were not. They were the Greatest Generation; we find ourselves cast as the greediest.

Our timing sucks. We boomers were all born at once during a short period after the end of World War II when our parents were finally in the same room again. Now we’re all getting old at once during a period of gelatinous economy. So we’re reading things about ourselves like: “They are big and self-entitled and appear poised to start sucking down federal benefits like a college student on free beer night.” In other words, as an umpire once put it, we’re out and we’re ugly, too.

Welcome to an era of unparalleled ageism. Sure, everybody has something against the way his or her parents did things, but previous generations managed to turn 65 without such a national shudder of revulsion. Social Security and Medicare, of course, have had critics since they started in 1937 and 1966, respectively. My husband remembers his grandfather railing against socialized medicine until the day he died —- after an entire year in the hospital, courtesy of Medicare.

My own parents are still alive. Both receive Social Security and Medicare. My father also went to college on the G.I. Bill. The nation didn’t blink when they got it. They weren’t “self-entitled.” They were simply entitled. Absolutely, they were. They fought in World War II. They were a loyal bunch who didn’t question authority (at least until Richard Nixon came along) and often worked an entire career for one company.

Our generation? We got Vietnam, a war that we were vilified both for fighting in and protesting against. Many wanted to spend an entire career with one company but were not allowed to. As firms cut costs, boomers were laid off, bought off and run off. They’re sitting at home not out of greed but because they were forced out of their jobs and can’t find new ones.

Others —- and I’m among them —- have managed to stay employed and plan to keep working. Steven Gillon’s “Boomer Nation: The Largest and Richest Generation Ever and How It Changed America,” says only about half of baby boomers will be retired by 70. The rest of us will still be earning money, either because we need it (the recession boiled our nest eggs) or because we like working. So, we’ll still be contributing to the Social Security pot. I don’t see the logic that turns us into money-sucking fiends.

Entitled? Yes, we are —- to at get back out of that system at least part of what we put into it, just as our parents did. Our children are also entitled to that, as are their children. There’s no question that Social Security and Medicare are in financial trouble and need adjusting. My husband has a good traditional pension from his employer, and I’ll have a small one, as well. Our kids won’t have those, so they’ll need Social Security more than we do. We baby boomers might have to receive less to keep the system from collapsing under the weight of our sheer numbers. We get that. Younger Americans are afraid they’ll get nothing, and that fear is valid. The loathing, though, is not. We didn’t engineer Social Security; we were born on that train.

Eugene Steuerle and Stephanie Rennane of the Urban Institute think tank crunched some numbers and concluded that most baby boomers will receive medical benefits far greater than the dollar figure they put into the system. Social Security, the study concludes, will bestow about the same amount that most of us put into it. That’s based on average lifelong payroll taxes of $114,000 per couple (not individual) and $614,000 per couple in Medicare and Social Security taxes, respectively.

I’ll put my money where my mouth is and acknowledge that my husband’s and my contributions are less than average. According to a statement my husband got from Social Security, throughout his full-time working life, he contributed $78,925 in Social Security payroll taxes and $29,937 in Medicare taxes. His employer contributed another $75,986 and $29,249, respectively, bringing the total amount of his payroll taxes to $154,911 for Social Security and $59,196 for Medicare. I’m still working so my totals aren’t in, but I’m on track to have contributed about the same.

My husband opted to take Social Security at 55 because he took a buyout from his employer then and because we knew the Social Security system was creaky and wanted to get some payback from it. He gets $1,364 a month, some of which goes back to the government in federal taxes. He goes on Medicare in February.

Assuming we live to be ripe and very old (go ahead; shudder), it appears we will reap more than we sowed in terms of the flat amount of money paid in. Had we kept that payroll tax money and let it gain interest over the years in a CD or earn money in the market, of course, the amount would be staggering. That, critics say, is the point: My husband and I should have been saving our own dang money without the involvement of the government. The fact, though, is that the choice was not ours. The money came out of our checks. We would now like it back. We are, by virtue of our contributions, entitled.

What we are not entitled to is a bucket of bile just because we’re reaching retirement age. My husband and I and the rest of the 78 million of us between the ages of 47 and 65 have been working all our lives to help to bake the Social Security and Medicare pies. Try not to hate us for getting a slice.

Check out one of my favorite posts about my vulva rock