We were at a birthday dinner, sitting at a round table and passing around peppery Chinese dishes. After a story about a recently retired friend who had worked at Yellowstone for the summer, one of the men leaned forward in his chair and asked a couple of questions:

Wouldn’t it be nice for all of us if we could have two or three different lifetimes so we could do everything we wanted — write more books, work at Yellowstone, climb a mountain, learn Esperanto? Wasn’t it a shame we were all limited to a short 70 or 80 years and could do so little?

Well. I know we were all supposed to chime in supportively about how that was such a great idea and how we’d really love to be a ballerina or an astrophysicist or a jockey at the Kentucky Derby, but this whole single lifespan business just got in our way. Instead, all I could say was:

Only a man could say something like that — getting hoggish about needing another lifetime. I’ve never known a woman yet who wanted more than an ordinary lifespan.

We went around the table and, sure enough, none of the women wanted to re-enlist for another 80 years. I know that didn’t exactly settle the point, but it looked like a trend to me.

Later, I talked to my husband about it. He’s one of those big-time immortality proponents, so I asked him what was wrong with men (I like to begin with neutral questions).

He seemed to think it was all about wanting to secure power and mastery and to leave a legacy behind — so what was wrong with that? Maybe men and women just defined legacies differently. Since men were less connected emotionally, maybe they were more driven to leave behind monuments and buildings and other bodies of work.

“Or maybe it just takes men longer,” I told him. “That’s why they want more lifetimes.”

Then I checked with my friend Brenda, who’s very authoritative about matters like sex differences. Also, she just retired recently, so she has plenty of time to opine about everything. 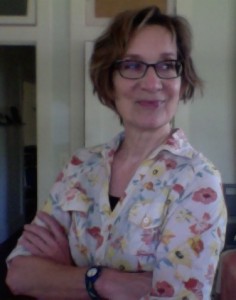 Brenda is kind of an authority on sex differences. Anyway, she has lots of opinions.

“Men don’t give birth — that’s their problem,” Brenda said. “They’re not as involved in the life cycle, with birth and death, as we are. Maybe women are too involved — and that’s why they don’t need do-overs.”

Or maybe we’re just more tired, I sometimes think. Maybe, being more intimately involved with others than men are, women lead lives that are richer emotionally — but they deplete us. It’s what my daughter and I once tried to explain to my husband/her father and son/brother: As women, we have harder lives — but we wouldn’t trade places with them for anything.

I’m pretty sure one normal lifespan is enough for me. I’ve had a great life with people and work I love, and I’m in no hurry to leave it. But you couldn’t pay me to re-live it or start all over. In fact, I find it oddly comforting that life has its seasons. Sometimes I just don’t think men get that.

Anyway, in the midst of all this discussion, we got an email, then a phone call, from our daughter. She and her husband, they just found out, are having a baby girl. After we hung up, I looked at my husband, who had tears in his eyes.

You know, he might talk a good game about immortality and multiple lifetimes and monuments, but when it comes down to it, he and I really aren’t that different: This is the closest either of us will ever come to immortality. This is what we care about more than anything else.

Read about Women and Men: From Tragedy to Farce