1) When I went to college in the late 1960s, behaviorism was all the rage. Why did people turn out so differently? Because the environments they grew up in molded them differently, that’s why.

“Give me a child and I’ll shape him into anything,“ said B.F. Skinner, the reigning behaviorist. Even though Skinner was a man, his reasoning also had great appeal to the first wave of feminists, who favored the belief that men and women were different only because society treated them differently.

All this made sense to me and to my husband, who went to graduate school in psychology. When we had kids, we figured, we would treat them all – boys and girls – the same. That way, the boys could cry and play with dolls and the girls could be mean and aggressive and play football. Equality!

You know, it just didn’t work out that way. We had a daughter first, then a son. Our daughter was outgoing and curious. So was our son. But only our son practically came out of the womb making car noises. And only our son played with stuffed animals by body-slamming them against the wall.

We still believed in equality. But boy-children and girl-children were just different creatures.

2) Our son, age 5, is just outside our kitchen window with his friend Emma. He is slamming a ball against the wall. She is trying to talk to him. I am, of course, eavesdropping shamelessly.

“Nicky! I think I’m in love with you! I think about you all the time!”

“I wanted to tell Emma to hang it up — that it doesn’t get any better than that trying to talk to grown men,” I tell my sister later. 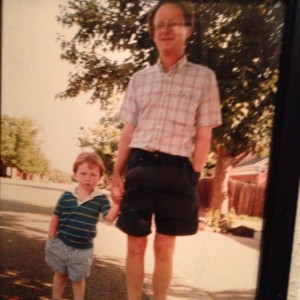 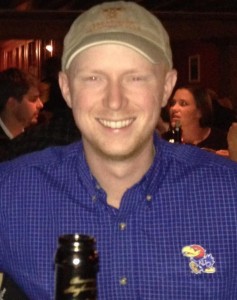 3) “Mrs. Pennebaker, I’m afraid I have some shocking news,” the assistant principal of the middle school said. He was calling in the early afternoon. “It’s about your son.”

“What happened?” I asked.

“Well, he got on the pay phone and called an indecent number,” the assistant principal said. He cleared his throat. “It was 1-800-SPANKME.”

I put my hand over the phone so he couldn’t hear me dying laughing. Finally, I managed to come up with an appropriate remark like, “Oh, no! Really?” before I collapsed, cackling, again.

In fact, I spent the rest of the day howling with laughter till my husband got home and then it started all over again. I think you can see where our son got his little problem with middle-school authority from.

4) When our son was nine, I was diagnosed with breast cancer. After I came home from the hospital after my bilateral mastectomy, I showed him the exercises I needed to do to heal and keep the range of motion in my shoulders. Every afternoon, he would come into the den, where I’d be reading. “Mom!” he’d say. “You need to do your exercises.” He watched while I crawled my hands up and down the wall, gradually getting better.

Later, before I began chemo, I told him I’d probably have side effects like fatigue, hair loss, and vomiting. He brightened a little at the mention of vomiting.

Every day, he came home from school and asked, “Mom — have you vomited yet?”

He always looked so disappointed when I said no.

5)  And then there was the Halloween our son dressed up as a Republican. He slicked back his hair, donned a three-piece suit, and carried a briefcase to put candy in.We lived in Dallas then and were the only Democrats in our neighborhood; that year, our kid got more candy than anybody else on the street.

Later, we moved to Austin, so he retired his little capitalist outfit. Nobody in our Austin neighborhood would have given him even a half-digested Tootsie Roll for being a Republican.

6) When your kids are small, the stories you know and tell about them are more colorful. I guess it’s because you see almost all aspects of their lives — or hear about their misdeeds more quickly.

Your 24/7 access erodes as they age, though. Their stories become their own. When they and their friends get their driver’s licenses, even your last-ditch efforts at shameless carpool-mom eavesdropping expire. All of you still live under the same roof, but everything is different. Your children are semi-gone even before they’re actually gone.

And sometimes, you admit for yourself, it’s better you don’t know all their stories. Years later, when you hear carefully laundered accounts of their teen and early-adult escapades, you realize ignorance was a comforting buffer for all those years. Then you head for the smelling salts, if anybody still makes smelling salts these days.

7) Our son graduated from college in another state. He also spent a semester in Australia improving his English, I liked to tell people. But he then came back to Austin, where he’s worked the past six years.

It’s so lovely to have one of your newly grown kids in town. My husband and I’ve had brunch with him almost every weekend and it’s been great knowing he’s so close.

But now, he’s moved to Chicago. He’s 28, he’s untethered, he wants to do something new and go somewhere else. It’s a smart move, I kept thinking when he told me over dinner one night. Clearly, he’d thought about it carefully and planned it well. He’d grown up so much, he was so mature and thoughtful. I felt great for him and so proud — but sad for his father and me. We’ll miss him terribly.

There’s some kind of divided land you enter when you become a parent. Here is your kid’s welfare and well-being, over here is your own happiness. Ideally, they overlap completely — but only if you don’t live in a real world. Oddly, the results you want when you parent — that your kid becomes independent and strong — are also the impetus to their separating from you.

Again, it’s funny being the age my husband and I are. Sometimes, almost imperceptibly, we can feel our world shifting. We’ve seen and felt it shift for decades, of course, as our grandparents and three of our own parents died, and we became the center of our own family. We understood the shifting never stopped — but we didn’t quite get that it would happen to us, and so soon.

Leaving a restaurant one night after our last dinner with our son, my husband and I walked back to the car. It’s so dark this time of year, so lonely. I swear to God, I felt like I was 105.

As I sniffed loudly, my husband said he thought we should just adopt. Like, tomorrow.

That idea was so amusing and terrifying, I almost stopped weeping. Bring up another kid at our age? Good grief. You’ve got to be joking.

We won’t adopt. We’ll just adapt and get on with our lives. Parents need to be good at things like that, you know.

8 comments… add one
Our First Thanksgiving: You’re So Lucky You Weren’t There
30 Days to Something Better