Here’s an essay I wrote on breast cancer survivorship.

It’s available at http://lovecocoxo.com/. Hope you enjoy it.

Years ago, my friends Paula and Melissa told me I should write a blog. I thought they were nuts. I barely knew what a blog was — and besides, what would I find to say? (I’m not the chatty type.)

But they turned out to be right. I did have something to say — precisely 865 posts over the past eight years. I’ve blogged about everything from the execrable Save-the-TaTas campaign here and here to friends’ and loved ones’ deaths to Pat Robertson to not being a Tiger Mom to Brazilians (you know, the wax, not the people). I’ve written about moving to a condo, spending a wonderful year in New York, aging, parenthood, marriage.

My blog never had a niche. Some people referred to it as a personal blog or a life blog or something like that. I don’t know. I just wrote about what interested me, what moved me, what pissed me off. When you live in interesting times — as, God knows, we do — you never run out of topics. The question, How do you find subjects to write about? always confounds me. How could you not find subjects in this ever-shifting, dazzling, deeply disturbing world we live in? Most days, all you have to do is look around and take notes.

Besides, as I may have mentioned on hundreds of occasions, I live in Texas. How hard do you really think it is to come up with blog ideas in Texas if you’re a liberal feminist with a sense of humor and outrage? See this and this and this.

For the most part, I’ve thoroughly enjoyed these eight years of blogging. After all, I’ve always been attracted to low-paying work — and, since blogging pays nothing, naturally, I loved it. I’ve made great new friends through it, enjoyed airing my opinions, and now can look back on an offbeat chronicle of my life from 2008 to 2015.

Well, it’s obvious where this is leading. I hate being obvious, so I’m going to make it short. After eight good years, it’s time for me to quit this blog. I’m not even sure I can explain why; it’s just something I feel strongly. I never want to be the last to leave the gathering (with the door being closed firmly in my face) or the bore who hogs the conversation at a dinner party. I also don’t want to get stale.

I’m planning to gather the best blog posts from the Fabulous Geezersisters into a collection in print and ebook form. I think I’ve done some of the best writing of my career on this site and really want to preserve it somehow. Anyway, I’ll be posting info on Facebook when it happens. Please buy multiple copies.

Also, I’m going to be starting a new blog of letters and completely unsolicited advice to my new granddaughter. Since I’m chronically disorganized and not much of a planner, I’m not quite sure what it will become. But, my intent is that I want Ellie to know me before I’m a drooling old gargoyle in the corner of the room. And I want to try to pass on what I’ve learned in my 65 years. We’ll see how it turns out.

So — that’s about it. You’ve been a wonderful group of readers and commenters. Thank you — and please stay in touch. 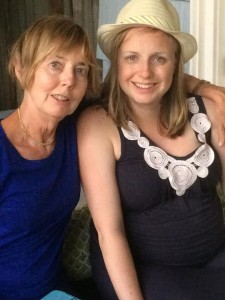 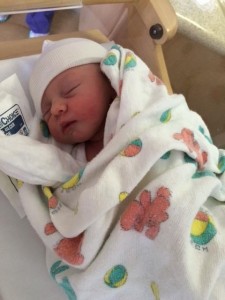 I’ll be taking off the summer, and spending much of it in Seattle close to my daughter and son-in-law. So … that’s silence you’re hearing out of me.

Have a good summer, all of you! — Ruth